Wild Law or Earth Jurisprudence is an emerging theory of law and governance that seeks to evolve law in a fashion that recognises our relationship to the broader Earth community.—Peter D. Burdon, University of Adelaide – School of Law

There’s the Law, and there’s the law. One governs Nature, the other governs us (in theory).

Gravity is a Law that is not subject to debate. Breaking or ignoring gravity’s law will ultimately lead to death of the organism.

Legal systems on the other hand are subject to continual debate and change, which is a good thing, given human reason and rationality. Legal systems violations lead to inconvenience, fines, jail terms, and only in unusual cases (relative to the entire US prison population), death.

This is a declaration of a complete and profound equality that spans the entire Earth—all plants, animals, all rivers, lakes, oceans, landscapes and skies. All equal.

The well-being of the planet depends on it, and will eventually rid itself of that which does not promote well-being.

That would be us.

Wild Law. It’s for everyone. 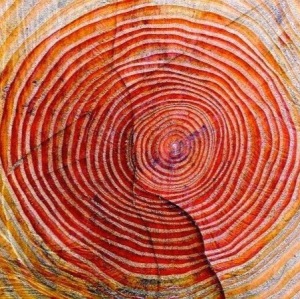 “She is sacred, fertile and the source of life that feeds and cares for all living beings in her womb. She is in permanent balance, harmony and communication with the cosmos. She is comprised of all ecosystems and living beings, and their self-organisation.”

On April 1, 2014, Bolivia passed a new and highly controversial environmental law that in the words of President Evo Morales is about “…how to live in harmony, balance, and complementarity with nature, without which there is no life or humanity.”

The law’s intention is Vivir Bien or ‘Good Living,’ and derives its principles from the world view of indigenous Andean cultures. Vivir Bien aims to reinforce the integral nature of  spiritual, environmental, and cultural realms within the 21st century human economic and societal structures. Which means that our economic and societal structures should be governed by spiritual, environmental and cultural considerations, rather than the other way around as is our current mode.

And if we do not, our own extinction is guaranteed. Pachamama will get over us in less time than the entire panorama of human history. But there is hope, thanks to these South American, forward-thinking politicians. In 2008, Ecuador became the first country in the world to enact a Rights of Nature clause into its Constitution, which views the natural world as an integrated assemblage of living organisms rather than property.

Among its many aspects, Bolivia’s law recognizes the right of all organisms to not have their genes tampered with.

Perhaps the most novel and welcome concept of this new law is the recognition that humans and all other entities on Earth are equal.